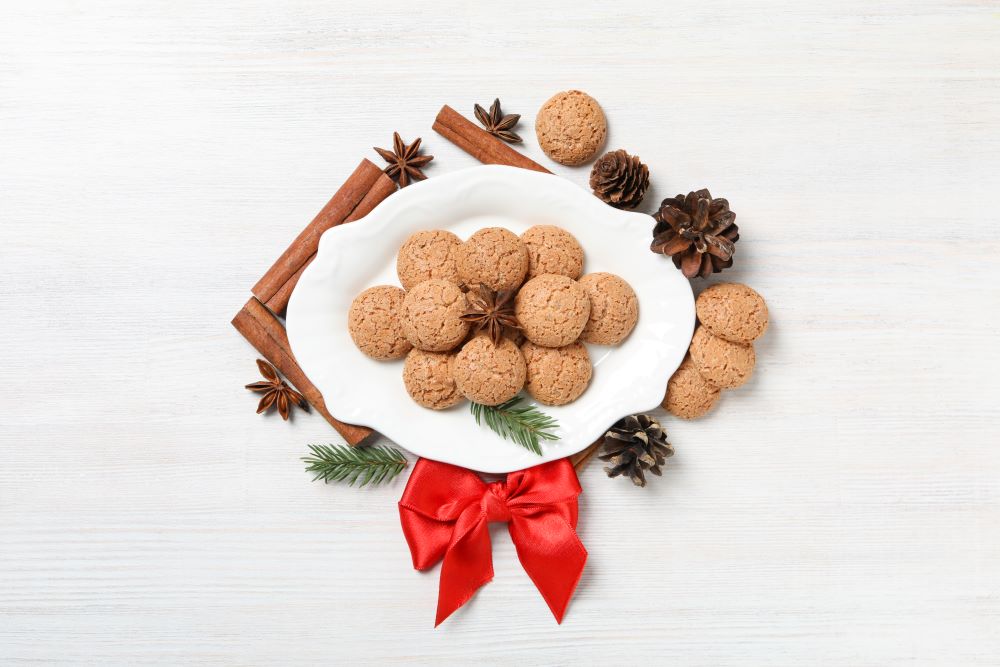 Do the Dutch spend this time with their family, friends, neighbours, or acquaintances? Do they get immersed in the preparation frenzy or prefer to go out to a restaurant? Are they sucked into the shopping craze or go for modest gifts? We’ll give you some knowledge of what Christmas in the Netherlands looks like. Christmas in the Netherlands may look very different from the tradition in your home country, so you’re welcome to have a glance at some Dutch Christmas traditions.

Christmas in the Netherlands

Kerstfeest, Kerstmis, Kerst, i.e. Christmas in the Netherlands is secular, i.e. unlike in many other European countries. It’s usually a time of feasting, one dedicated to meeting relatives, friends, and acquaintances. The December festive period begins when the Christmas tree is brought home and decorated. This usually takes place just after 5 December, the day on which the Dutch St. Nicholas Day – Sinterklaasavond – falls. It’s an extremely important day, on which the kids are given presents. After this day, the festive frenzy of decorating homes with glowing lights, decorative snowflakes, twinkling baubles, reindeer figurines, and little stars begins. Inside homes, the atmosphere is also festive. *Interesting fact – Santa Claus does not come to the Netherlands from cold Lapland, as is commonly believed in most of Europe, but from Spain.

In many places in the Netherlands, you can go to masses combined with concerts in the week leading up to Christmas time, and there are very popular Christmas markets, set up in bigger cities, where you can enjoy mulled wine or warm chocolate, or taste local delicacies. Ornaments, Christmas trees, various trinkets, and even gifts are also sold there. The most popular Christmas market is organised in Valkenburg’s Cauberg Caves. Equally interesting events take place in Leiden, Deventer, Rotterdam, Amsterdam, or The Hague. The Watchnight Service (kerstnachtsienst) ) is the time of year when churches are full of people. It usually takes place at midnight, and sometimes earlier, at 10 p.m. At this time, Dutch carols (kerstliederen/kerstlied), resound in churches, but English and German Christmas songs are sung, too. The most popular ones are: „Nu zijt wellekome”, „Wij komen tezamen”, „De herdertjes lagen bij nachte” czy „Komt allen tezamen”.

Christmas cards – an important sign of the coming holiday

Sending Christmas cards is a much more popular custom than in many other European countries, where wishes on the phone or in an e-mail are most common. In the Netherlands Christmas postcards are an inseparable part of the holiday season. The Dutch don’t spend much time preparing for Christmas or cooking, but they do attach a lot of importance to writing cards, which they send to many people – close and distant family, friends, neighbours, co-workers, and even those they meet every day. The average Dutch family sends around 30 to 50 cards before Christmas, which is the largest number in Europe. Christmas cards are an important addition to the Christmas decorations the Dutch put in their windows.

Christmas in the Netherlands – day by day…

Christmas in the Netherlands – dishes

Dutch cuisine is governed by its own rules. When it comes to Christmas dishes, the Dutch aren’t particularly strict. In fact, there is complete freedom. On the first day of Christmas, kertsdiner is usually prepared, which is a Dutch dinner, composed of various ingredients, based on either recipes passed on from one generation to another or ready-made dishes from the market, or culinary novelties. Very often, a dish called gourmetten is prepared, which takes its name from the way it’s cooked. It consists in frying small pieces of goose, duck, game, rabbit, turkey, or vegetables on a heated tray, which is then placed on the Christmas Eve table. Sometimes the feast features dishes of fish, mussels, prawns, or various types of soups.

Traditional Christmas Dutch sweets include kertstol, cwhich is a loaf with raisins and almond filling, served most often at a festive breakfast on Christmas Day. Kerstkransjes cookies with a hole in the middle, sometimes hanged on the Christmas tree. Appelbeignets fried apples in pastry, janhagel – crisp, rectangular cookies with granulated sugar or almond shavings. Speculaas, or spice cookies, are also popular. The Dutch enjoy drinking mulled wine, prepared in their own way – bischopswijn. Sometimes egg liqueur is also consumed. It has been noticed in recent years that the Dutch are increasingly keen to go to a restaurant for Christmas dinner. In some regions, tables are already booked up weeks before Christmas.

The Dutch attach much importance to Christmas trees. It’s very common for them to buy live trees, which they place in their homes, gardens, or driveways. All are decorated with beautiful ornaments and lights to create a magical festive atmosphere. After Christmas, usually in early January, an important event – kerstboomverbranding, i.e., the burning of withered Christmas trees – takes place at locations specially designated by the municipalities. During this time, the residents of Dutch towns bring their trees to make huge piles and burn them. All festive decorations disappear from public spaces by 5 January.

One of the interesting traditions associated in the Netherlands with Christmas is the conceiving of new citizens. This is due to the statistics, which state that a record number of births falls every year in September, with around 500 babies being born every day!

As you can see, Dutch Christmas traditions, for the most part, are rather special. For most Dutch people, Christmas time is an opportunity to relax and spend time with family and friends. Also, general moderation and a lack of strong traditions can be seen very easily. Having said that, it’s worth learning about the traditions and culture of the Dutch people if you are planning to stay there for some time.

Lost documents in the Netherlands. What do you do if it happens to you?

Do you need a passport or id card to go to the Netherlands?

How to settle tax in the Netherlands?