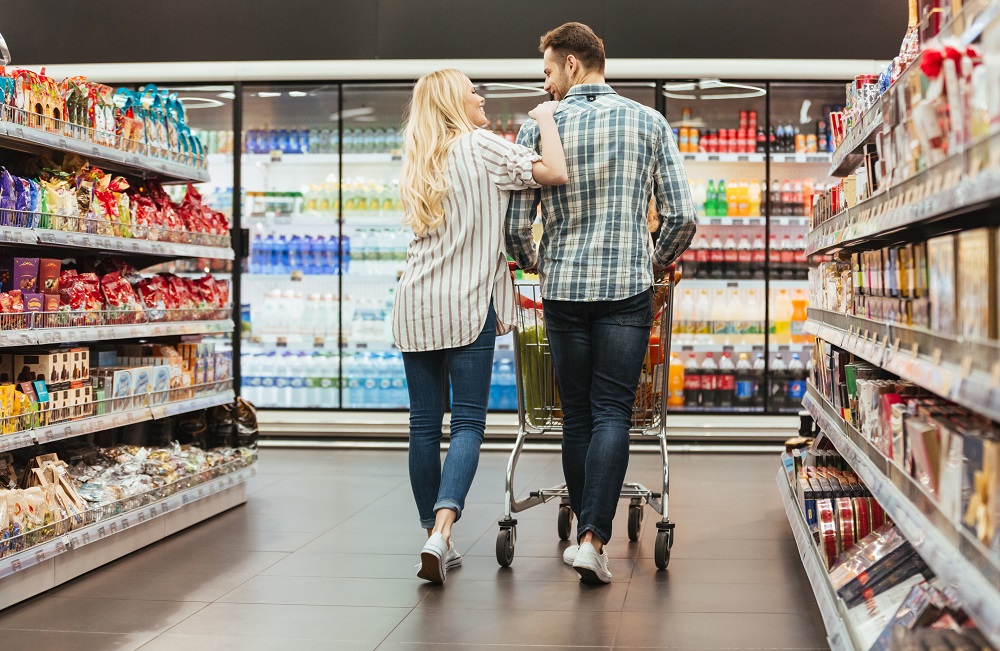 In the Netherlands, as in other European countries, you can do your shopping in both a local shop and a large supermarket chain. For those going abroad for work, every bit of money counts, so it is worth doing some research in advance on the discount stores operating on the market. Here are the most popular supermarkets in the Netherlands.

Top 8 most popular supermarkets in the Netherlands

The largest and also the oldest supermarket chain in the Netherlands. Founded in 1887 by Albert Heijn, the company currently holds the largest market share of 35%. The number of its shops in the Netherlands has recently exceeded 1,100. The chain has both traditional supermarkets and XL branches in large cities, as well as small AH to go shops at railway stations and petrol stations. Because of its extensive range of products as well as the services offered, Albert Heijn is a hypermarket offering general household items, groceries, cosmetics, chemicals, electronics, and other goods.

Although Albert Heijn isn’t the cheapest chain, it’s renowned for the very good quality of its selection. It also has a private label. The hypermarket runs a loyalty card bonus programme, known as Bonuskaart, which involves collecting Air Miles points. Holders of the customer card also enjoy additional discounts, i.e. korting, and receive free products for the points they collect. The chain gives its customers the opportunity to shop online with the option of home delivery at a time that suits them.

The second largest supermarket chain in the Netherlands is Jumbo. Founded in 1921, the brand now operates 685 branches throughout the Netherlands. With a 21% share of the local market, Jumbo includes both traditional supermarkets and smaller Jumbo City shops. The chain offers a wide range of products, including groceries, cosmetics, chemicals, textiles, tools, electrical appliances, car maintenance products, and more. Jumbo’s most developed departments are food, clothing, and cosmetics.

Similarly to Albert Heijn, it offers its customers the opportunity to buy products online with delivery to their door. The hypermarket chain runs a loyalty card bonus programme, known as Jumbo Extra’s. With the Extra’s app/card, customers can access special offers and redeem the points they collect to get prizes or free groceries.

The Coop chain of shops was founded in 1891 in the small Dutch town of Zaandam. Its name comes from the word cooperative. Coop is now a huge supermarket chain with more than 242 shops located across the Netherlands. The shops offer a wide range of products, including groceries, chemicals, cosmetics, clothing, and household items. Coop shops are appreciated by customers for their spacious interiors and an extensive assortment of products. The brand, however, is not one of the cheapest. It’s worth keeping an eye on its bargains (actie) as well as taking advantage of the 1+1 free offer.

In September 2021, the managements of the Plus and Coop chains announced that the two companies would merge. As a result of the merger, the new chain, to operate under the name Plus, will boast a total of 581 branches and a 10% market share. It will thus overtake Aldi and become the third largest player in the Dutch supermarket sector.

One of the most popular low-cost grocery chains in Holland, very well known to customers throughout Europe. In the Netherlands alone, the company has more than 440 branches. Lidl’s product range competes mainly with Aldi, so a large proportion of the products are similar, but sold under different brand names. It offers groceries, cosmetics, chemicals, as well as clothing and even electronics at low prices. With the Lidl Plus app, customers can access special offers. The chain operates an online store with the option of home delivery at a time that suits the customer.

One of the world’s biggest grocery chains. In the Netherlands alone, it operates more than 500 retail outlets, making it the third largest supermarket chain in the Netherlands. It’s also the second cheapest discount store in the Netherlands, next to Lidl. Aldi offers mainly groceries, meat, fresh produce, cosmetics, chemicals, and other general items at affordable prices. The chain manages to keep prices low because of its huge scale of distribution in Europe and beyond.

Part of the huge Dutch shopping organisation Superunie, it’s a supermarket brand well-known across the Netherlands. The first DekaMarkt shop was established in 1941 offering fresh and nonperishable products. At present, DekaMarkt has over 80 shops in the Netherlands. The chain’s product range includes mainly groceries such as fruit, vegetables, milk, meat, and fresh bread.
Unlike other supermarkets, DekaMarkt doesn’t offer very low prices but makes up for it with the quality of its assortment. Having said that, its customers can enjoy discounts and sales, most often at the end of the quarter. The chain also has its DekaMarkt phone app.

Among the most popular Dutch supermarket chains is Dirk van den Broek, whose first shop was established in 1942 and named after its founder. The chain now boasts 121 branches across the country. In addition, it has its own brands of pharmacies (Dirx drogerii), off-licence shops ( Dirk III), grocery shops (D-break), and even a travel agency (D-tours). The supermarket’s range includes a variety of grocery products, fruit, and vegetables, and even consumer electronics. Dirk van den Broek is one of the few Dutch supermarket chains with self-service checkouts. There is also a phone app for its customers. Thanks to the application, called Dirk, its users are the first to be notified of special offers (actie) planned for the following week.

Based in Amsterdam, Spar is an international supermarket chain now operating over 300 shops throughout the Netherlands. Spar includes both traditional supermarkets and Eurospar hypermarkets, as well as smaller Spar Express shops. The brand offers groceries, fruit, vegetables, bread, meat, cosmetics, and chemicals, as well as books, electrical appliances, and even clothing. A significant proportion of the products it offers include local products and private labels.
However, the chain isn’t one of the cheapest, so it’s advisable to keep an eye on discounts and bargains. Spar gives its customers the opportunity to shop online with the option of home delivery at a time that suits them.

Make a habit of comparing prices at discount stores

Places in the Netherlands where you will shop cheaply certainly include Lidl and Aldi. However, it’s worth keeping up with the leaflets and magazines of other Dutch supermarkets to compare prices. It may turn out that, for example, at Spar or Albert Heijn, you can buy a particular product at a much lower price in so-called multi-packs or by taking advantage of a hot deal for loyalty card holders. What’s more, it’s a good idea to look at the offering of other, more specialised discounters.

Cosmetics shopping in the Netherlands is best done at the Etos or Kruidvat chemist chains. Products for the home, sweets, and clothing can be bought cheaply at KiK, Action, or Wibra. It’s also worth taking a walk to the local street market to buy fresh produce at affordable prices.

You can find out about ways to shop cheaply on our YouTube channel, where a Pole living permanently in the Netherlands shares tips for shoppers.

Working at a supermarket chain in the Netherlands

If you’re looking for a job in the Netherlands, you’ll have come across the position of order picker. The work involves collecting customers’ orders using a hand scanner and picking products in a logical and orderly manner. Packed orders are collected by the customer at a pick-up point or delivered directly to their home. Order picking is a rewarding, stable job for which your employer will prepare you through several weeks’ training. It’s particularly recommended for people who like physical activity and are looking for a longer-term job.

Apply today for the position of order picker at one of the modern warehouses operated by Jumbo, Albert Heijn, or Lidl.

Dutch labour law – what do you need to know about it?